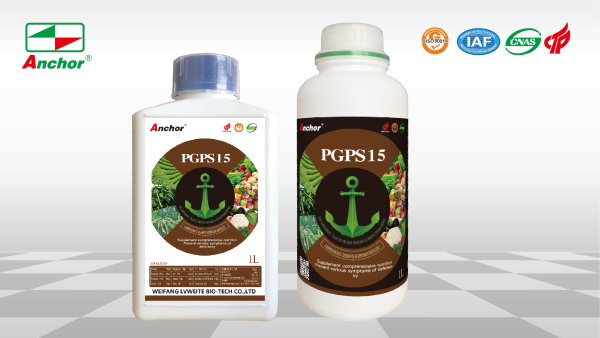 nutrients in crops, can be quickly absorbed without any residue.

Comprehensive nutrients with Curative function on symptoms of elements deficiency.

This product is mainly composed of organic nutrients, NPK, ME , TE, polypeptides and 17 kinds of amino acids. It has

good resistance to stress, frost, drought and premature ageing, and it can avoid the below phenomenon:

------avoid output reduction caused by growing in vain due to excessive use of high-nitrogen fertiliser;

------avoid the early decay of production caused by excessive use of high-potassium fertiliser.

------avoid flowers--falling or fruit-falling and small fruit caused by boron and molybdenum deficiency.